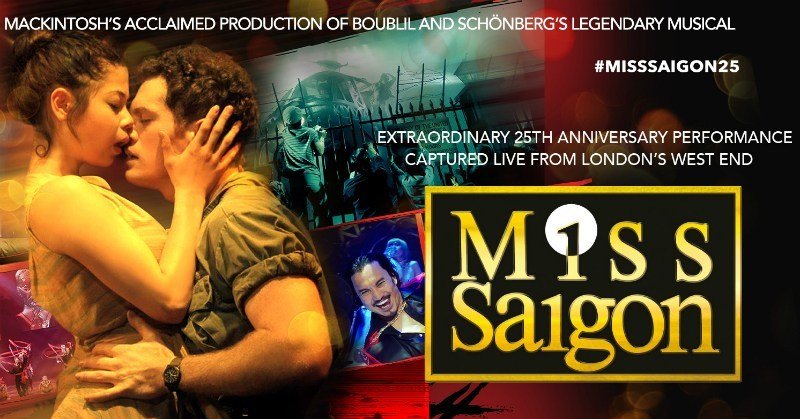 Each year we set aside April for a film that relates to ANZAC day. This year's selection, Miss Saigon, centres on the impact of the war in Vietnam on the lives of ordinary people in the middle of it. However, it does it a bit differently with music.

For those who have seen a live production of Miss Saigon, this will bring back many memories. Celebrating the 25th Anniversary of the musical 'Miss Saigon', the production at the Prince Edward theatre in London's West End was filmed spectacularly and captures all of the drama of the Cameron Mackintosh production that has been such a hit around the world.

The Gala encore - who was there!